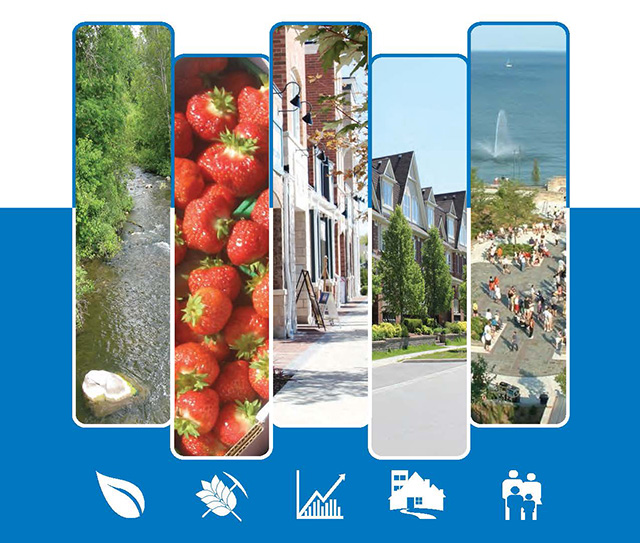 The Region of Peel Official Plan is a long-term plan for managing Peel's growth and development.

The Minister of Municipal Affairs and Housing issued a decision to approve the new RPOP with 44 modifications on November 4, 2022. A new version of the RPOP which incorporates these modifications is coming soon. Download the Notice of Decision.

What is an Official Plan

Goals outline the priorities of the Region, such as ensuring that future growth of population and employment in Peel is anticipated and planned for, and that existing and future finances and services are provided in an effective and efficient manner.

Objectives support the goals for the future of the Region, such as identifying, protecting, and supporting the expansion and restoration of the Greenlands System in Peel.

Policies within the Official Plan:

Schedules are maps that show the current and future uses of land within Peel, such as the Prime Agricultural Areas and the High Order Transit Network.

Changes to the Schedules also require an Official Plan Amendment.

Figures show factual or conceptual information (or both). Figures are included in the Official Plan for illustrative purposes.

The information shown on Figures may be changed or updated by Regional Council without requiring an amendment to the Official Plan.

The Regional Official Plan Performance Measurement Program was developed to:

The Region will keep measuring and monitoring as the new Region of Peel Official Plan comes into effect.