Need help understanding the data contained on this site?

Peel Public Health Data Zones are contiguous zones (i.e., all census tracts within a zone must belong to the same data zone) that use census tracts as a building block, and where plausible, respect natural and man-made boundaries such as rivers, highways and municipal boundaries (i.e., data zones are entirely within municipalities).

Why do we have Peel Public Health Data Zones?
The need for health status data to be reported at areas of geography smaller than the municipality has resurfaced numerous times over the past several years in Peel. Data at smaller areas of geography can be helpful in planning programs and services.

How were the data zones defined?
In late 2009, Dr. Bruce Newbold, Director, McMaster Institute of Environment & Health, and Professor, School of Geography and Earth Sciences, worked with graduate students to develop a statistical method to delineate the data zone boundaries. In doing so, several approaches were considered and explored. The methods used 2006 Census data while exploring different combinations of socio-demographic indicators. The aim was to maximize homogeneity within data zones and heterogeneity between data zones.
In total, there are 15 data zones in Peel (see below map). 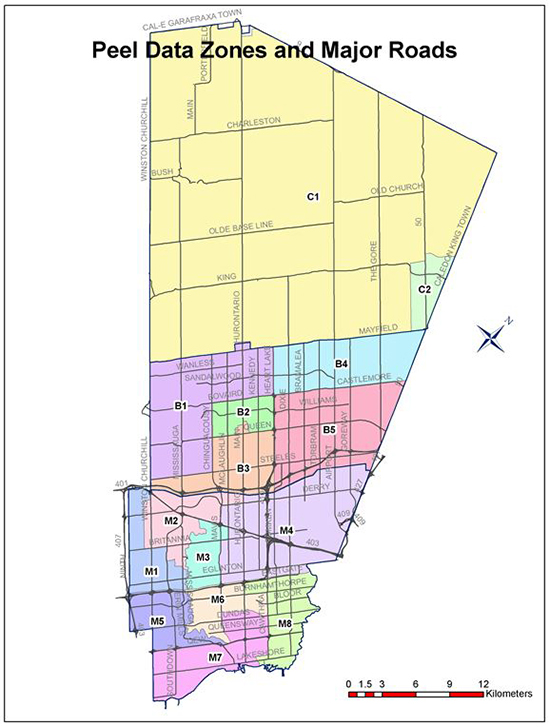